You are here: Home / Auto / This Is How Mercedes-Benz Wants to Win the EV Game 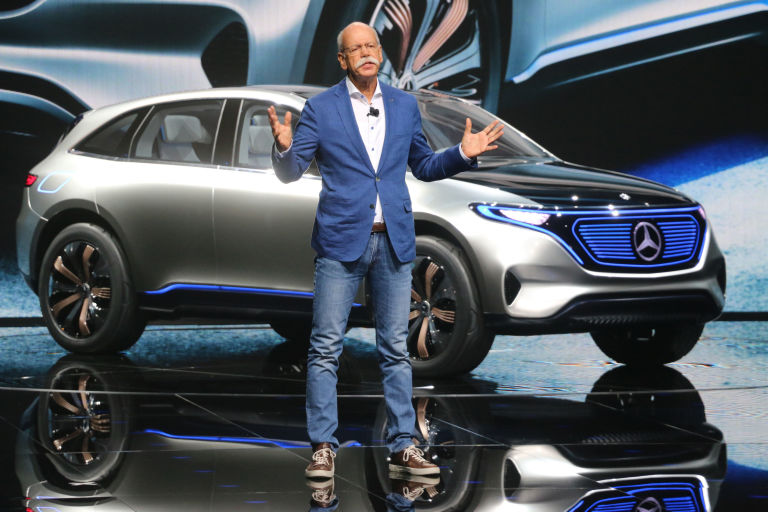 You know that plug-in hybrid cars are really hitting the mainstream when luxury carmaker Mercedes decides to throw its considerable weight behind the electric car, or in the shortehed parlance, the EV. Electric cars are much easier to build once you have the infrastructure together and that’s the strategy that Mercedes will build on with 10 electric cars planned by 2025.

With just 1% share of the worldwide market right now, Mercedes CEO Dieter Zetsche figures this is the direction to take the company.

With a dedicated modular platform to build on and a brand new German battery factory being built as you read this it looks like Dr. Zetsche is ready to take on his main rivals Audi Volkswagen for domination of the market.

We had a chat with Daimler’s Jurgen Schenk, chief of all things electric within Mercedes-Benz. Luckily for them, he had a solid answer to everything.

In principle, this whole electrification process is much easier than coming up with plug-in hybrids. Sure, the transition still costs an eye-watering amount of money, but in Daimler’s case, at least it’s not cash down the drain, unlike VW’s dieselgate bill, which will only add to the cost of that automaker’s EV program.

While Mercedes CEO Dieter Zetsche jokes about how he studied electrical engineering instead of mechanical only to wait 40 years to put it to work, he will also say that the time is right for them to go electric. Customer acceptance is reaching an all time high; the western world hopes to put an end to urban emissions; and battery technology is improving at a promising rate. Overall EV sales stand at one percent of the worldwide market at the moment, but if the Germans can help it, that will soon reach double digits.